The Paradox of Traveling Light 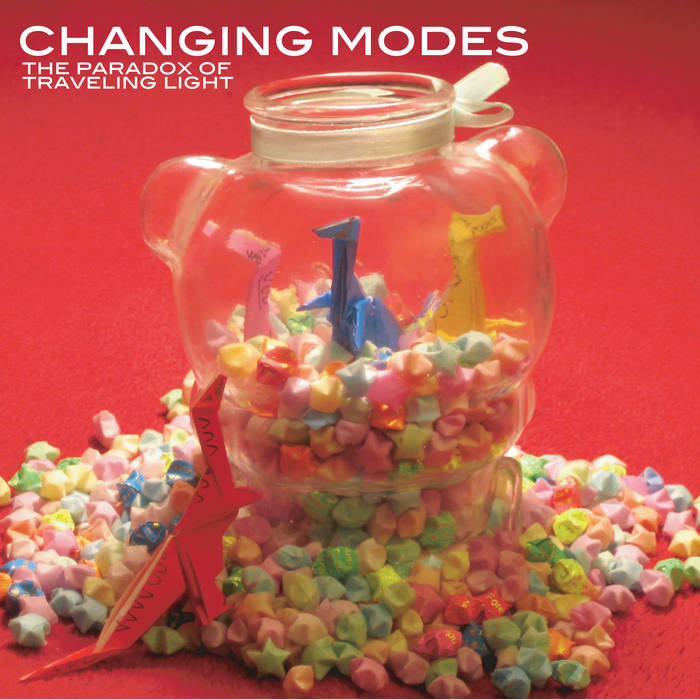 Review of The Paradox of Traveling Light

Quick: who’s the best rock songwriter in New York? Wendy Griffiths of Changing Modes is on the shortlist, no question. Quietly and efficiently, the keyboardist/bassist and her artsy, new wave-flavored band have put out a series of bitingly lyrical, wickedly catchy albums, all of which are streaming at Spotify. They’ve got a new one, The Paradox of Traveling Light, their sixth full-length album, due out momentarily and a release show at 9 PM on July 19 at Bowery Electric. Much as Changing Modes have made a name for themselves for elegant arrangements and shapeshifting tunes, they’re great fun live. Griffiths may be unsurpassed at creating a nonchalantly menacing ambience, but onstage she’s full of surprises, and the band feeds off her energy.

She also has a devious sense of humor, and that’s in full effect from the first few beats of Timur Yusef’s garage-rock drum intro on the album’s opening track, Dinosaur. A trickily rhythmic piano-pop song, it could be a snarky commentary on trendoids, or the human race in general on the fast track to the apocalypse. Griffiths’ scream on the way out is classic, Jello Biafra-class evil.

She works a neon luridness on the second track, Red, one of a handful of guy/girl duets here with the stagy-voiced Vincent Corrigan. The two spar and threaten each other over a punkish guitar-driven backdrop that brings to mind vintage X. The band follows that with the moody, Siouxsie-esque new wave anthem Give Up the Ghost, Griffiths and co-keyboardist Grace Pulliam shifting shades up to an expansive but purposeful Yuzuru Sadashige guitar solo.

The guy sings Sycamore Landing, an elegantly troubled 6/8 piano ballad that would fit perfectly in the Neil Finn catalog. In June alternates between a bouncy but creepy pulse and lingering atmospherics, a rich study in contrasts that might be a breakup song…or it might be about a suicide. That’s what makes Griffiths’ songwriting so interesting: she never hits anything head on, always drawing the listener into the mystery.

The one cover here is Black & Grey, a surprisingly solid, pensive song by otherwise lightweight quirk-pop band the Dream Bitches. Jeanine is the most lighthearted song here, and it’s not the first one the band has done about a cat. Fly morphs from macabre to wryly hilarious (Yusef gets the punchline), a bitter suburban escape anthem. Ride keeps the menacing chromatics going over a brisk new wave pulse, Griffiths’ venomous lyric driven to a crescendo by a snarling Sadashige guitar solo.

Lately takes an unlikely blend of spacerock lyrics and a brisk, surfy, organ-fueled groove and makes it all work: it seems to be a death-in-space scenario. The album ends with Sadashige’s pensive Triangle Heart, an understatedly dark ballad that shifts tempos all the way through to a funereal, tremoloing Griffiths organ solo that perfectly caps off this troubled and sometimes wrenchingly beautiful album, a strong contender for best of 2014.