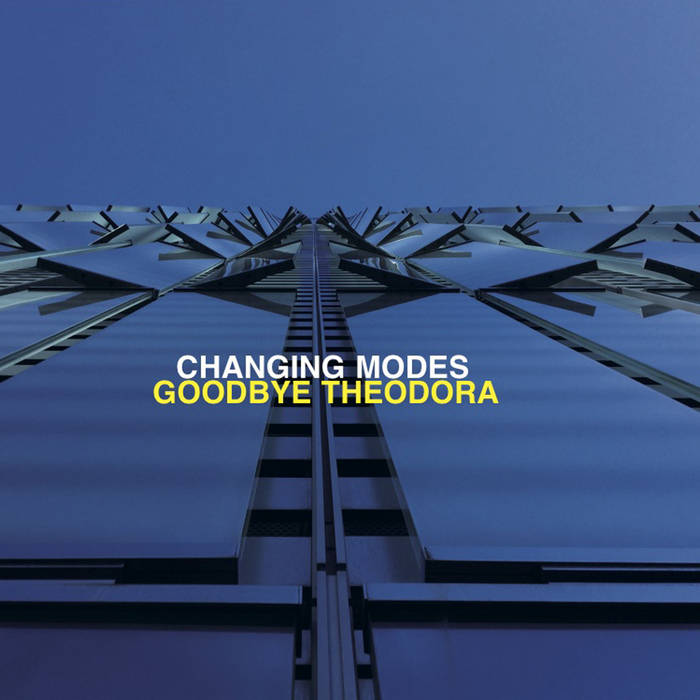 How many bands or artists have put out seven albums as strong as New York art-rockers Changing Modes’ catalog? Elvis Costello, sure. But the Clash? No. The Doors? Nope. Pink Floyd? Maybe. The Stones, or the Beatles? That’s open to debate. What’s clear is that Changing Modes deserve mention alongside all of those iconic acts, a distinction they’ve earned in over a decade of steady playing, touring and recording. Their latest release, Goodbye Teodora, is due out this Sunday. They’re playing the album release show on March 26 at 6:45 PM at the downstairs space at Webster Hall; cover is $15.

Changing Modes distinguish themselves from their many shapeshifting, ornately psychedelic colleagues around the world in many ways. They’re one of the few art-rock acts fronted by a woman. And they’re dark. Co-leader Wendy Griffiths’ sharply literate lyrics and allusive narratives are as intricately woven as the band’s musical themes, and they keep their songs short, seldom going on for more than three or four minutes. The lineup on the new record is the same as their previous masterpiece, 2014’s The Paradox of Traveling Light. Griffiths switches between keys and bass, joined by guitarist/bassist Yuzuru Sadashige, multi-keyboardist Grace Pulliam and expert drummer Timur Yusef. The album opens with the uneasy Mind Palace, part scampering circus rock-tinged anthem, part jagged King Crimson. It’s a characteristically intriguing, enigmatic number that could be about a robot, or not a robot: “He is a hoarder of broken memories, a savage mistake, a victim of technology.”

Sharkbird is a dancing surf rock instrumental in the same vein as the Slickee Boys’ psychedelically creepy adventures in that style. The surrealistically elegaic Wasted shifts between dub-infused reggae and catchy, windswept orchestrated rock. The brooding, dynamically shifting Too Far Gone – not the Emmylou Harris classic but a co-write with rising star indie classical composer Denise Mei Yan Hofmann, who also contributes guitar – comes across as a mashup of Throwing Muses grit and allusively dark Invisible Sun-era Police.

With its flickering electric piano, moody Middle Eastern guitar, tense flurries of drums and a majestically wounded Sadashige solo midway through, the album’s title track is a requiem:

Likewise, Sadashige’s unselfconsciously savage, distorted lines contrast with Griffiths’ stately piano throughout the metrically tricky Firestorm. The allusively Beatlesque symphonic-rock anthem Chinese Checkers explores power dynamics via boardgame metaphors. The album’s most straightforward track, Vigilante, has grim political overtones. The album winds up Dust, a vast, ineluctably crescendoing postapocalyptic anthem. We’re only in March now, but this could be the best rock album of 2017, hands down.

in memory of Kazuo Sadashige